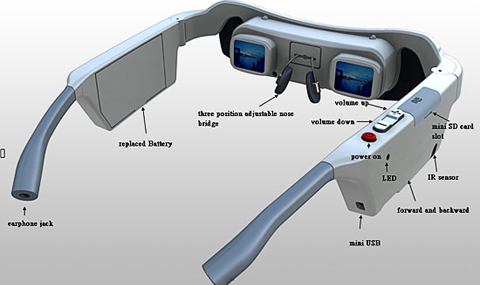 [See also: Back to Bazin Part 1: The Ontology of the Photographic Image]

“If the origins of an art reveal something of its nature, then one may legitimately consider the silent and the sound film as stages of a technical development that little by little made a reality out of the original “myth”. It is understandable from this point of view that it would be absurd to take the silent film as a state of primal perfection which has gradually been forsaken by the realism of sound and colour. The primacy of the image is both historically and technically accidental. The nostalgia that some still feel for the silent screen does not go far enough back into the childhood of the seventh art. The real primitives of the cinema, existing only in the imaginations of a few men of the nineteenth century, are in complete imitation of nature. Every new development added to the cinema must, paradoxically, take it nearer and nearer to its origins. In short, cinema has not yet been invented!”

Bazin’s notion of a “total cinema” is of one whose audio-visual content is not deficient in its reproduction of reality, one which looks and sounds like the real world, and which can be experienced in a manner similar to the way in which people experience phenomenological reality (i.e. the stuff you see and hear and feel around you at any time). Cinema is always “deficient”: it might lack a sychronised soundtrack, or it might be shot in black and white, or be lumbered with some other accident of historical and technical circumstance. Measured against the kind of sensuous, haptic, binaural and brilliant phenomenological interactions with the world which most humans are fortunate enough to enjoy, film will always be left wanting. That may be why it so often plumps up its dramatic effects with emotional cues like music, close-ups and beautifully deliberate compositional wonders. It’s also worth pointing out that human senses, even if you’re lucky enough to have five of them in good working order, are similarly flawed. They can be tricked, they can misinterpret what they think they’ve seen, mishear what you tell them, fail to remember what they felt before, or mistake a new experience for a similar old one, etc. You don’t need me to point out how wobbly your senses can be. You can try them out with some optical illusions at Michael Bach’s incredible website, or try to see colours in the dark, or listen to a platform announcement at a British railway station and work out what the hell it’s saying. Actually, those aren’t really failures of your senses, just limitations which they weren’t evolved to circumvent (except for the platform announcements, which are the result of crappy PA systems). But however acute your senses, representation is always external to real experience: you are always aware that you’re seeing mediated images, even if you oscillate between critical distance and suspended disbelief. I’m sure Bazin would not have denied that cinema could never reach a point where it comes to be indistinguishable from reality, but he appears to be arguing that the drive towards such a concept was an inevitable desire, and that film, due to its association with the camera’s capacity for the mechanical, objective recording of images, was especially suited to the task. And doesn’t he have a point there? 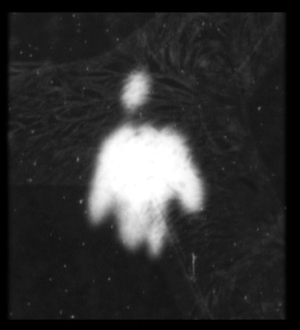 During the developments which allowed the first films to come to life, there needed to be a goal. Otherwise, the first hazy images of a person recorded on film would have sufficed. Instead, the next aim of making those hazy figures seen clearly, or making them heard stood as a benchmark for what needed to be improved with the fledgling mechanisms. If cinema’s apparatus had been designed to meet different requirements, we would have a very different kind of cinema, wouldn’t we? Perhaps one built around abstraction, dream logic, expressionism etc? You can do all those things with the cinematic apparatus, but you really have to film something in front of the camera, and it will be embodied on film as a result of that process (Stan Brakhage’s abstract films painted directly onto the film strip are one notable exception): The Cabinet of Dr. Caligari may be an expressionist film, but it is a film of actors and sets made up in an expressionistic manner. If the sets were straightened out, the camera would record them as straight, not all wonky. Like your senses, the recording equipment has some problems of mediation that inflect the exact reproduction of the stuff in front of the lens, but it makes a good stab at reproducing what it sees without interfering too much. Bazin takes this as an axiom of filmic reproduction – the equipment does the best job

possible of objectively capturing, rather than imaginatively reinterpreting whatever you tell it to record, and any disparities between referent and representation are indicators of the next deficiency that needs to be corrected on the path towards the end goal of “total cinema”.

Brian Henderson reveals a problem with the “Myth” essay that Bazin probably could not have anticipated:

“While film history to Bazin’s day gave his teleological scheme a certain plausibility – neorealism and composition-in-depth did integrate the visual continuity of (certain) silent cinema with the “added realism” of sound – film history since his death has decidedly reversed this pattern: montage and collage forms of many kinds have appeared or reappeared and many kinds of expressionism also. Nor is Bazin’s scheme unexceptionable in relation to his own period. The truth is that every technological and aesthetic development in film history has increased the expressive resources of realism in Bazin’s sense, but those of every other form and style of cinema also.”

I first became interested in Bazin when I began my PhD thesis on special effects, and I was looking for some theories that would help me to examine the instability or otherwise of the film image’s claims to authenticity. Bazin seemed to offer a coherent notion of cinematic space that still carries some pop-cultural currency – almost all of the personnel working on special effects whose work I consulted were talking in terms of “making things as real as possible”, and when they used “real” in such quantifiable terms, they were appealing to a kind of sensory resemblance, what Stephen Prince has described as “perceptual realism”, when an embodied, objective visuality is seen to inhere in shots without cuts, and composited elements that appear to share the same physical space. The flaw in Bazin’s argument here is not just based on a failure to predict that the camera might be used to conjure ever more elaborate anti-realistic illusions (though we might argue that the prevalence of CGI has produced a fetish for making the impossible seem as much like photographed reality as possible), but that it presumes that there is a continuous external reality which exists to be photographed. To assess the progress of “total cinema” towards its goal, are we all clear as to what we are measuring its success against? Is there only one perceptual sense of the world in whose image the cinema is to model its representations?

Bazin seems to have misidentified the reasons for the develoment of the cinematic apparatus. He says that cinema could have been invented much earlier than it was, but without a fully developed theory of how media are shaped by social needs, ideological buffers and other historically contingent influences, he can’t quite explain why cinema emerges when it did and in the form it did. He even has to fall back on a fairy metaphor:

“The guiding myth, then, inspiring the invention of cinema, is the accomplishment of that which dominated in a more or less vague fashion all the techniques of the mechanical reproduction of reality in the nineteenth century, from photography to the phonograph, namely an integral realism, a recreation of the world in its own image, an image unburdened by the freedom of interpretation of the artist or the irreversibility of time. If cinema in its cradle lacked all the attributes of the cinema to come, it was with reluctance and because its fairy guardians were unable to provide them however much they would have liked to.”

No fairies were available for comment. Bazin ignores determining factors (social, economic, ideological) that might also have had a hand in pushing the development of cinema in particular directions, in order to claim the cinema as the end product of a near-spiritual well to remake the world as a preserved representation. If I think Bazin is missing some crucial points in his argument, why don’t I just consign him to the critical dustbin and read or teach stuff that’s a bit more up-to-date? First of all, there’s the ease with which Bazin can be used to open out some important ontological questions about film. I did think about giving my students an essay list this semester that contained nothing but the question “What is cinema?”, and I’m sure they would have gone straight for Bazin for his lucidity and accessibility, even if they felt he didn’t provide accurate responses to the question: he’s a lot easier to read than Jean-Louis Comolli, with his giant, convoluted sentences, or Deleuze, with his, er… Deleuzianness. (By the way, I haven’t produced such an essay “list”, since it might be a rather cruel experiment for a first assignment, but I will be asking them some very open-ended ontological questions about film and media: usually, assignments are much more closely tied to particular film texts and interpretative analysis, so I’m interested to see how this will go…)  Bazin’s clarity of prose style is not an incidental point – I think it comes from a very lucid worldview that is internally logical even if it is out of step with the academic quick-march. He was an idealist, not an idiot. And remember the most important thing – as indicated by the title, he acknowledges that total cinema is a “myth”, an idea whose ultimate goal might be impossible, but whose central concept has guided the development of cinema and constructed its mechanisms in accordance with “realist” principles. Now you can get on with the task of critiquing the notion of a continuous, unified external reality and of film as the perfect medium for conveying a sense of said reality.

11 thoughts on “Back to Bazin Part II: The Myth of Total Cinema”