To restart the randomised series of posts (follow the link if you need a catch-up or want to read the earlier attempts at this), I thought it might be fun to try out some Pixar films, beginning, with no logic or reason whatsoever, with Monsters, Inc. from 2001. The way it works is this: using a magic bit of random number selection, three frames are generated from anywhere in the film, and provide the basis for a discussion of the film from unexpected angles, or at least angles that are not pre-selected to flatter my own interests. It’s usually fun, and the film needs little introduction, so let’s dive straight in. The randomiser has selected frames from the 5th, 66th, and 86th minutes from Monsters, Inc., which means we begin with…

END_OF_DOCUMENT_TOKEN_TO_BE_REPLACED

I was asked by a colleague to give a short introduction to a screening of the Coen Brothers’ O Brother Where Art Thou for undergraduates studying The Odyssey. In an endeavour to be an efficient blogger, I thought I’d throw down some notes into a blog post for future reference.

First of all, this is not an adaptation of Homer’s epic. It won’t serve as a crib sheet in an essay or save you time in reading it. The onscreen title proclaims that the Coens’ film was loosely based on Homer’s Odyssey, and a title card shows a direct quotation from a translation. But you certainly shouldn’t read this as a way of understanding Homer or saving yourself the bother of ploughing through the ancient text; instead, it demonstrates how The Odyssey permeates subsequent culture at a powerful level. There have been adaptations of The Odyssey, or of sections of it, and a new version set in space and starring Brad Pitt is rumoured to be in the early stages of production, but its quest-based story has become such a strong archetype that an adaptation seems almost redundant. The Coen Brothers, Joel and Ethan, write and direct films together, and claim that the Homeric structure came to them as an inadvertent by-product of the writing process. Once they acknowledged the similarities between the two stories, they presumably decided to throw in a few extra references, which you’ll have fun spotting: the Sirens and the Cyclops are amongst the more blatant cameos you’ll notice:

Just as Homer’s writing distilled a heritage of oral story-telling into a single canonical text (some scholars believe that the attribution for The Iliad and The Odyssey should be spread across multiple authors), so the Coen Brothers’ film acknowledges dozens of American cultural tributaries. The musical soundtrack is a catalogue of Depression-era songs and styles, and has received a great deal of attention; it won album of the year at the 2002 Grammys, and a documentary film called Down from the Mountain was made about a concert tour featuring the bluegrass and country-blues performers who had worked on the recording under the supervision of “musical archivist” T-Bone Burnett. The song I Am a Man of Constant Sorrow, which is a hit release for the film’s Soggy Bottom Boys was a real folk song, first recorded by Emry Arthur in 1928, but attributed at least a decade earlier to a Kentuckian fiddle-player named Dick Burnett, who himself couldn’t remember whether or not he’d written or inherited it.

The Coens have frequently reworked earlier media in their films, often mixing and matching as they please (The Big Lebowski is a stoner comedy filtered through the structural framework of Raymond Chandler‘s crime thrillers; The Hudsucker Proxy is a 1940s screwball comedy on a grand scale); they collapse the boundaries between all kinds of binaries that usually keep cultural objects segregated: comedy/tragedy, sophisticated humour/smut, classical/folk culture, auteurist/generic etc. Often this means that simple stories can acquire an epic or mythic backdrop. No Country for Old Men has a desperate cross-country pursuit transform into a struggle against a manifestation of pure evil: this seems to happen quite often in their work – the demonic biker in Raising Arizona or John Goodman’s hellsent gunman in Barton Fink. These characters seem somewhat larger than the story-worlds into which they are placed, embodying a kind of universal evil. The Coens seem to relish these mash-ups of the mythic and the vernacular, the high-minded and the daft, the grandiose and the petty, and O Brother, Where Art Thou is no exception.

Perhaps the most telling reference point for the film is Preston Sturges‘ Sullivan’s Travels, made in 1941. Joel McCrea plays a Hollywood film director who wants to move away from the popular comedies for which he has become famous. He sets out on the road to live as a hobo so that he can pour his experiences into his next film, a portrait of the poor and down-trodden of America. He hopes that by sharing their hardship, he will produce a more sober and empathetic representation of their plight. This proves impossible. He always ends up toppling backwards into luxury, until he gets charged with murder and threatened with real impoverishment, eventually realising that comedy and escapism have a crucial role to play in inspiring and lightening the lives of the disenfranchised. And the name of the hobo film that McCrea’s character is making? It’s called O Brother, Where Art Thou? The Coens pay tribute to Sturges’ humanitarian sentiment by crafting their own opus, which is at once a realistically grimy depiction of an America gripped by poverty and seeking escape through the popular songs of the day, and a hilarious comedy of stupid people doing stupid things.

The references to The Odyssey might be a bit of a red herring, part of a shaggy dog story and little more than a trivia game for viewers on the lookout for Homeric sight gags. But it’s surprising how easily the narrative components of a man making his way through many obstacles to find the woman he left behind maps neatly onto a classic Hollywood quest narrative and underdog story. If this film reveals anything about The Odyssey it is simply a reminder that the Homeric story has seeped into so many other works that followed in its wake (whether immediately or many centuries later). You might also want to seek out Margaret Atwood’s revisionist novella Penelopiad, which retells the story from the fraught perspective of Odysseus‘ wife. Also notable, though an even more oblique in its use of Homer’s story, is Jean-Luc Godard’s 1963 film Le Mepris (often known in English as Contempt), in which a novelist is offered a huge sum of money to rewrite a film of The Odyssey which its producer deems too artistic and not commercial enough. The dilemma over whether or not to dumb down a classic is played out as a crisis of art and of character (the writer’s decision to take the cash coincides with the sudden contempt his wife feels for him), with The Odyssey standing as the lone representative of classical art against the crass commercialism of Hollywood cinema, which is portrayed as a monolithic industrial entity buying up the classics and remodelling them in its own image. Constantly playing on the juxtaposition of epic and trivial elements, the Coen Brothers acknowledge no such high/low cultural divide. The fact that George Clooney’s character is named after both Ulysses (the Romans’ name for Odysseus) and Everett McGill, a rather obscure American actor best known for his work with David Lynch, should tell you all you need to know. 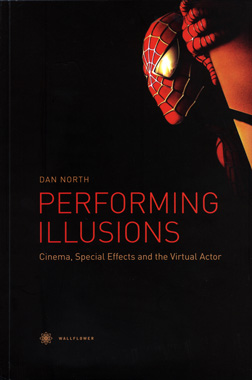 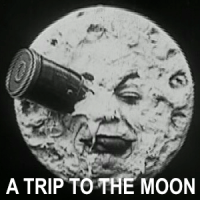 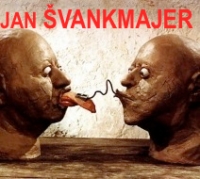 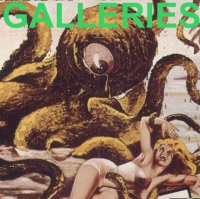 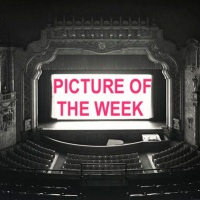 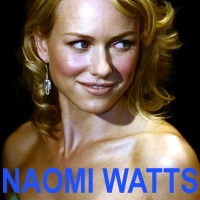