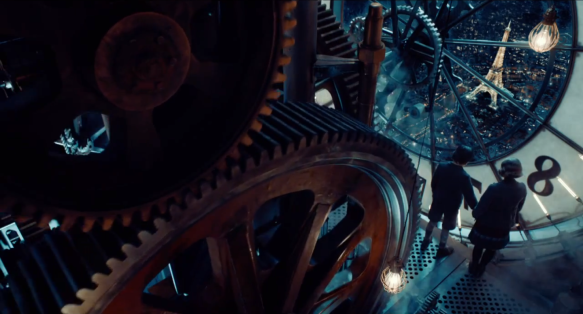 If you’ve been a regular visitor to Spectacular Attractions (don’t worry – I’m not checking), chances are you’ve heard me mention Martin Scorsese’s forthcoming adaptation of Brian Selznick’s The Invention of Hugo Cabret. Over the past few months the title has contracted, so that it is now going under the title of simply Hugo. It’s due for release in the USA on 23rd November, just a couple of weeks shy of the 150th anniversary of the birth of French film pioneer Georges Méliès, who plays an integral, but mysterious role in the story. At the centre of the tale is Hugo himself, an orphaned boy hiding out in a Paris train station and trying to discover the secrets of a humanoid automaton left to him by his father. 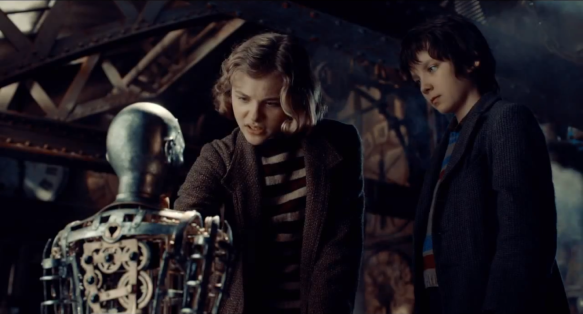 And now there’s a trailer, which confirms that the film is pitched heavily at a young audience, with the same comic-mystical colour palette of the early Harry Potters (you know, before they tried to go all dark and apocalyptic). I’m sure there is plenty of adventure and comedy and excitement, but for this blogger the real attraction will be Scorsese’s 3D recreations of a selection of Méliès’ films.

You have to wait for the end of the trailer to see some glimpses of this, but you can see a shot that looks a lot like a production still from Eclipse de soleil en pleine lune (1907): 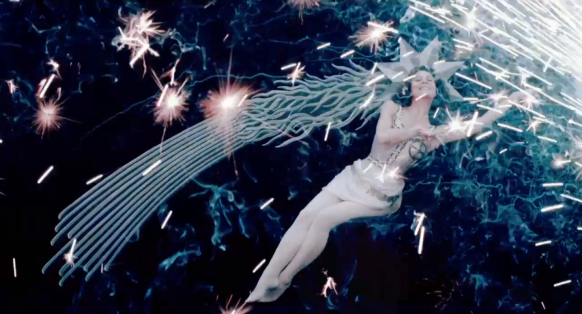 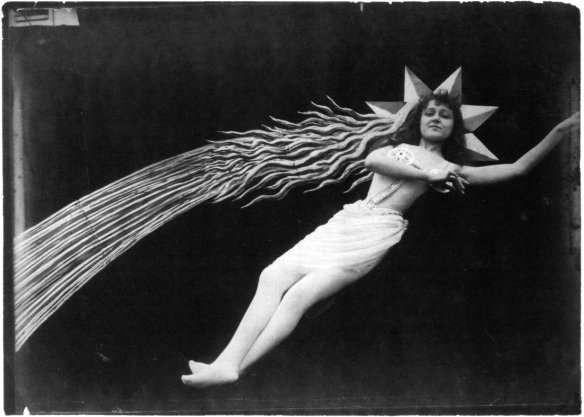 … And a glimpse of Ben Kingsley as the magician/filmmaker himself… 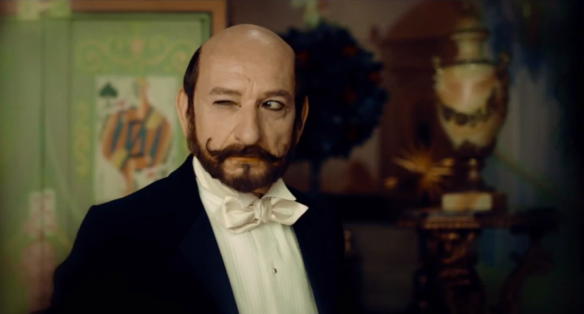 … even as he performs an impossible version of the levitation illusion. 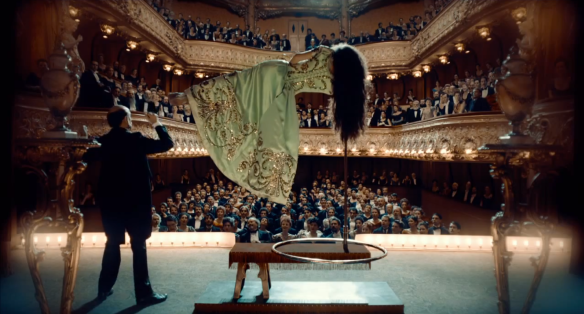 Note how many of the shots shown in the trailer feature framings that emphasise extremes of depth and perspective, as if Scorsese is really pushing the 3D to make the most of it; this suits Méliès’ use of artificial depth in his fantastic films, but it will certainly be intriguing to see how the new film creates a sense of layered, deep staging when so many of the Méliès films rely on flat backdrops. For me, though, the most enticing and beautiful moment comes in a brief view of the recreation of Le Royaume des Feés (1903), which appears to have done a vivid simulation of hand painted early film: 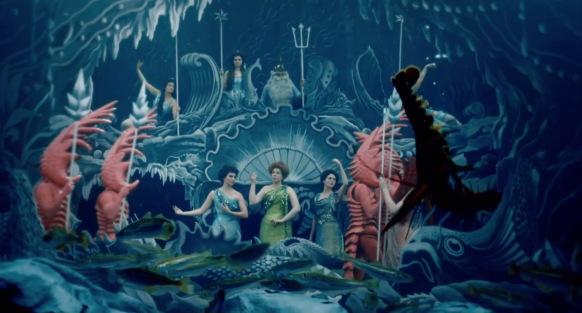 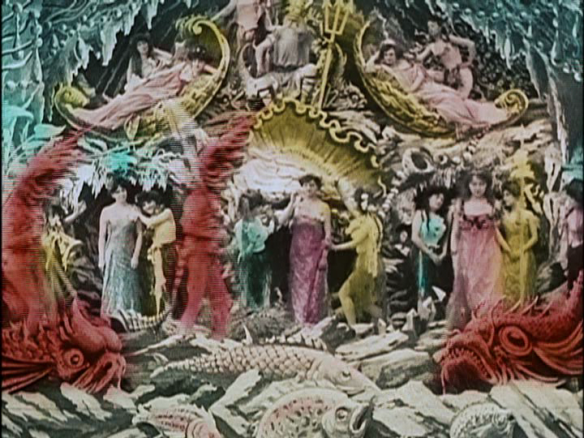 That’s a painstaking reconstruction of the original film, though if Scorsese’s shot is meant to depict the set of Melies’s film, we should remember that Melies did not colour his scenery, but instead kept them in shades of grey, believing that it would register better onscreen. While I’m on the subject of colour, one thing I immediately regret about the look of Hugo is that it loses the melancholic soft-pencil stylings of Selznick’s book, which is mostly wordless illustrations.

7 thoughts on “The Hugo Trailer”