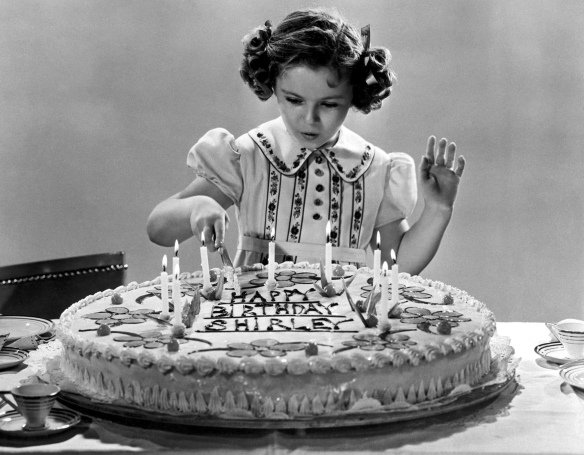 Legendary child star Shirley Temple celebrates her 82nd birthday today. Spectacular Attractions wishes her well on her special day. Temple delighted audiences in the 1930s with a series of preternaturally assured performances. She sang, danced, toddled and merchandised her way into the nation’s hearts. Audience polls in Motion Picture Herald named her the biggest star every year from 1935 to 1938; her famous tightly curled hair was modeled on America’s previous sweetheart, Mary Pickford; she was signed for her first screen contract in January 1932, when she was still only three years old; she appears no fewer than three times on the cover of The Beatles’ Sgt Pepper’s Lonely Hearts Club Band; her first screen appearances were in the Baby Burlesks series of one reelers, which saw little kids acting out parodies of grown-up movies – her first was in The Runt Page, a terribly-punned tribute to The Front Page; in 1935 she received a special miniature Oscar statuette in recognition of her achievements the previous year. Almost inevitably, her popularity waned as she grew up, and she retired from movies in 1950. By the time she appeared in John Ford’s Fort Apache in 1948, she was quite phenomenally pretty, but without the infancy that had previously separated her from the crowd. She became politically active in the Republican Party, and served as a US ambassador to Ghana and Czechoslovakia.

1 thought on “Picture of the Week #26: Happy Birthday, Shirley Temple”