I was looking for a movie-related image that could adorn Spectacular Attractions tonight and mark the beginning of the New Year. The Gold Rush popped into my head immediately, and I couldn’t think of any more beyond that. Can’t top The Gold Rush. It is in Chaplin’s 1925 masterpiece that he celebrates New Year’s Eve alone, imagining himself to be entertaining a roomful of beautiful women, performing the ‘dance of the rolls’:

And, because Santa delivered me the complete film writings of Manny Farber this Christmas, here’s his take on Chaplin and The Gold Rush from the time of its re-release in 1942:

Those long expanses of plain snow were perhaps the best foil he ever had. The character he created is the puniest of living creatures, a pushover for a puff of wind, forever in search of love, either born too soon or in the wrong world or both … You see things that are so peculiarly a result of his genius you can’t explain them. The way comedy comes indescribably from the hitch and shuffle in his walk, his surreptitious kick at an assailant; or the fleeting, tentative expressions on the most mobile of faces that project an almost impossibly elusive feeling. On this mastery of pantomime, and on his exact knowledge of what he wants and of what is humanly moving, he builds a character, then fits it into a situation, and it comes out all of a piece.

These situations begin with something absurd: a dancer’s feet represented by two rolls, a house half on, half off a cliff, a meal made from a shoe. But Chaplin’s pantomime changes the absurdity into something significant with human feeling – the rolls come alive with the personality of a dancer, the house, for all the triteness, becomes a stirring reality, and what happens to the shoes is unbelievable. An absurdity has been made real and enormously significant; this is where you feel whatever emotion was intended by Chaplin. But at the same time, shoelaces aren’t spaghetti, and so you’re laughing. It is this interwoven double play that constitutes the complex genius of Chaplin.

Farber was rarely so effusive in his praise, even of those he admired the most.

The familiarity of the dance of the rolls shouldn’t undermine its poignancy; it’s still a beautiful moment of show-off performance, the camera lingering on the star’s actions to confirm that we’re sharing a moment on his time. Even if you know The Gold Rush well, hopefully the main image at the top of this post will provide a new angle on a perennial comedy. Raymond Waters‘ artwork takes an 8mm print of the film and arranges it under plexiglas with LED lights. It could be anything on that filmstrip, but knowing that it’s the Little Tramp’s battle with poverty, cold and hunger gives it an extra hit of aesthetic power. It’s a slightly perverse reduction of a film to its component parts (film and light), leaving it floundering without the projection apparatus to turn it back into moving images. They’re a bit like Jackson Pollock’s dribbled action paintings (make your own here), but with a movie. And, for a limited time only, that’s Waters’ reworking of King Kong you can see in this blog’s header image. These are radical defamiliarisations of well-known films, converting them from ghosts into objects, from memories into abstract squiggles (yes, that’s the correct art-historical term). Read more about his works by selecting the catalogue at this link.

Wherever you are, I wish you a very happy and peaceful new year. May all your rolls dance beautifully. 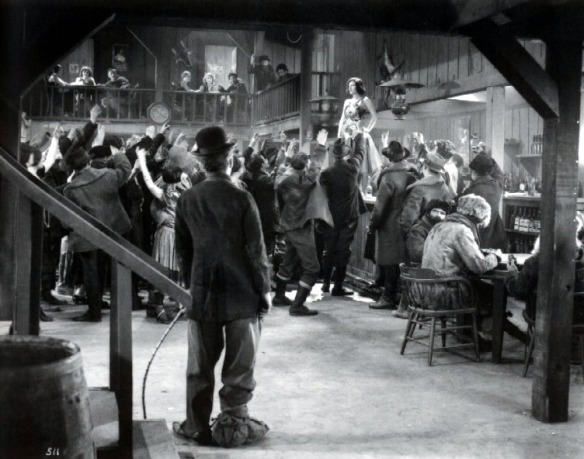